John drew pretty much one full strip/panel of this incredible comic art per day, apart from when he needed some time off. Then he would draw TWO comic art strips per day until he was at least another week ahead. Then he could take that week off and come on holiday with the Family. It didn’t leave any time to be ill or do much else but he had an an amazing way of seeming to “take it easy” and enjoyed life to the full. He would take a long walk every day after work to improve the circulation and to lubricate the mind at the local pub!

He worked very hard on every comic art strip & drawing, meticulous in every detail.He worked from a story script, provided to him on a sheet of typed paper, outlining each frame. John then had to visualise this and put it down onto art board. It was a very direct approach… pencil sketching to create the entire panel and then pen, ink and tone screen “Zippatone”, which came in sheets in various shades and textures. Lettering on all the panels of comic art was done entirely by hand. (All the word baloons ere lettered by a Lettering Artist atthe Newspaper Offices, so John had to create the right sized word baloons for the letting artist to fill in.

He gathered references for all “Bond Situations” by way of photographs, drawings, magazine cuttings etc. He even did a photo shoot with a friend of his who acted out various bond action poses with a handgun, so as to create as much realism as he could. 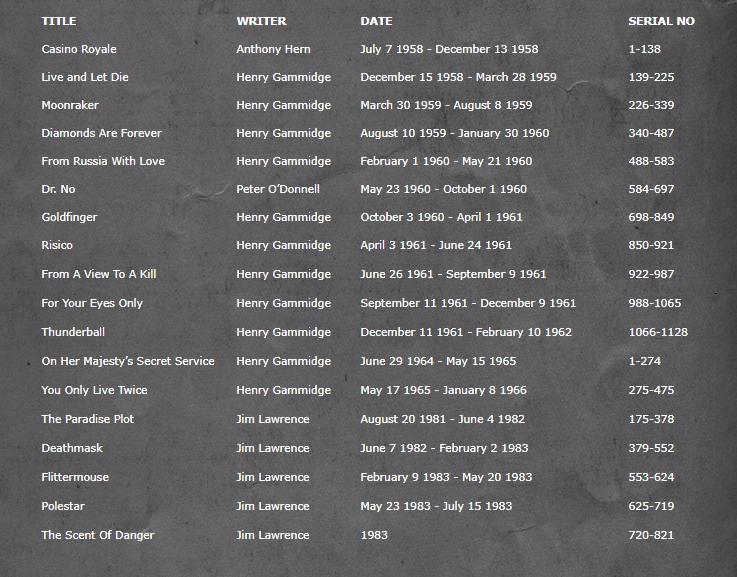